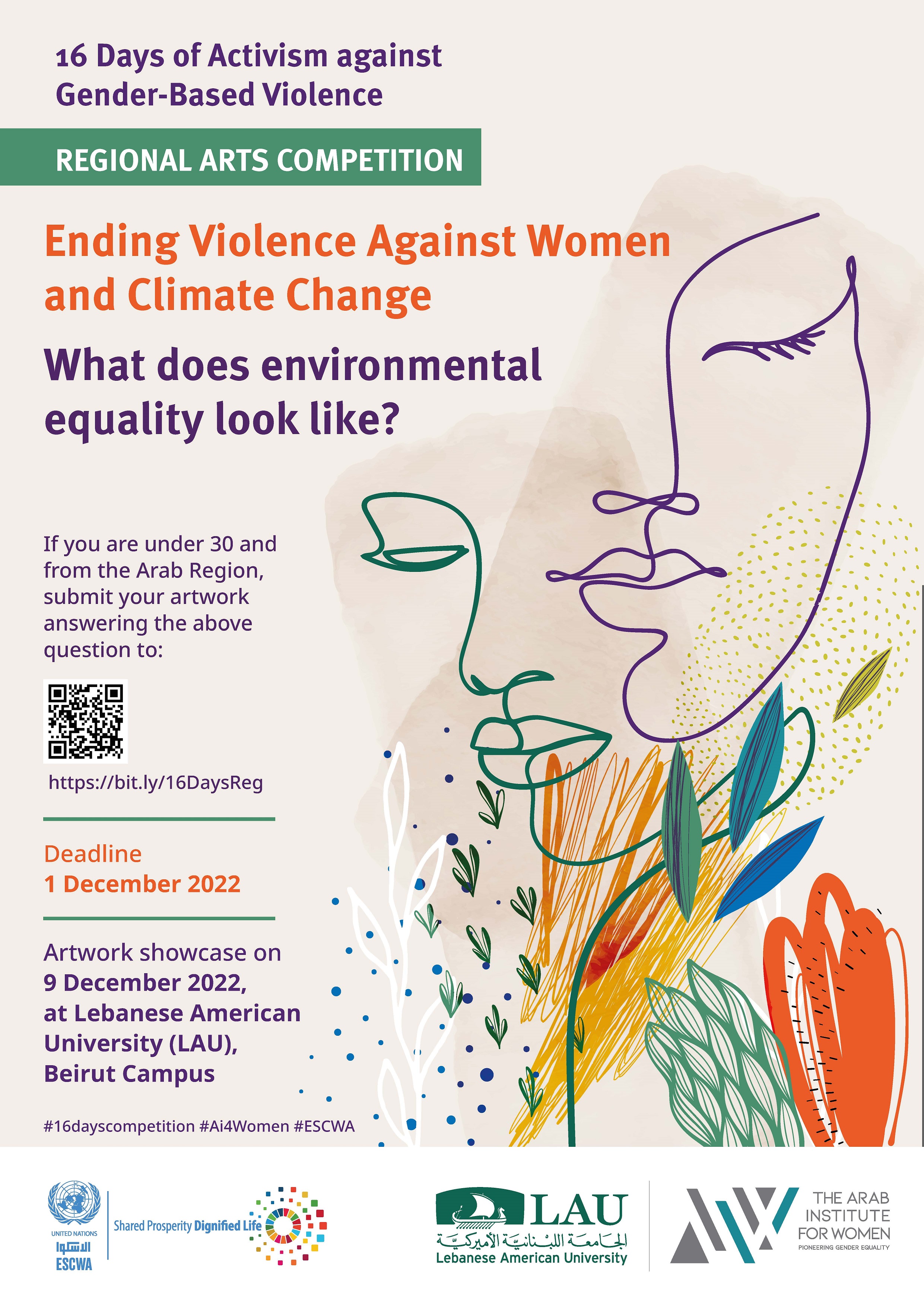 Beirut, 25 October 2022 – Marked annually from 25 November to 10 December, “16 Days of Activism against Gender-based Violence” is a campaign to raise awareness of and increase momentum towards ending violence against women and girls worldwide.

Initiated in 1991, the campaign aimed to draw attention to violence against women as a human rights violation at a time when such violence was considered to be a private matter. Since this time, the campaign has gained international attention and observance, with several commemorative events occurring globally. The dates of the campaign are significant; 25 November is the International Day for the Elimination of Violence against Women, while 10 December is International Human Rights Days and the anniversary of the Universal Declaration of Human Rights.

Each year, the United Nations Economic and Social Commission for Western Asia (ESCWA), in partnership with The Arab Institute for Women (AiW) at the Lebanese American University (LAU), marks 16 Days of Activism with a social media campaign and a regional youth arts competition centered around a chosen theme.

Climate change puts women and girls at risk, creating chronic and acute stressors such as poverty, pre-existing gender inequalities, discrimination, and conflict.  Gender-based violence can be a consequence of climate change, directly and indirectly impacting individuals and communities alike. Gender-differentiated roles related to access to land and resources place women and girls in a more vulnerable position to gender-based violence exposure while they carry out daily responsibilities, such as firewood and water collection. Migration due to climate change may also place women and girls in vulnerable positions in camps and other contexts.

The competition is open to all youth in the Arab region under the age of 30. In order to allow people to express themselves and to raise their voices in their own way, the contest is open to all art forms - painting, video, photography, poetry, music or any form of art the participants feel addresses this year’s theme. Candidates are invited to submit their entries here.

Winners will be presented and showcased at a live event at the LAU Beirut campus on 9 December 2022. The event will be preceded by a discussion on the impact of climate change on the lives of women and girls in the Arab region. 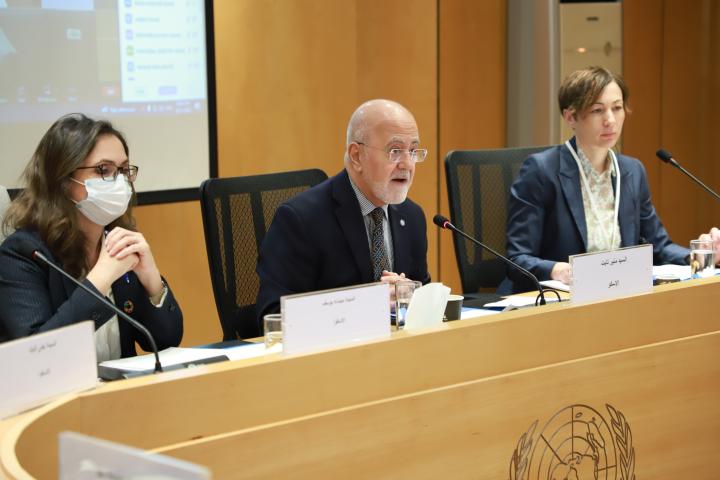 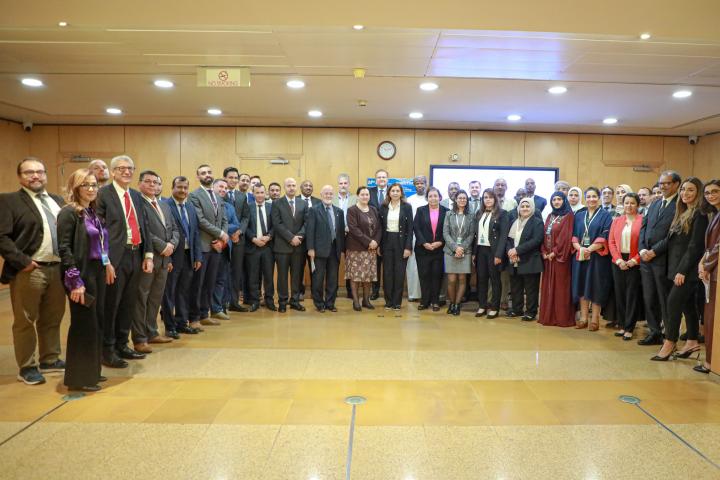 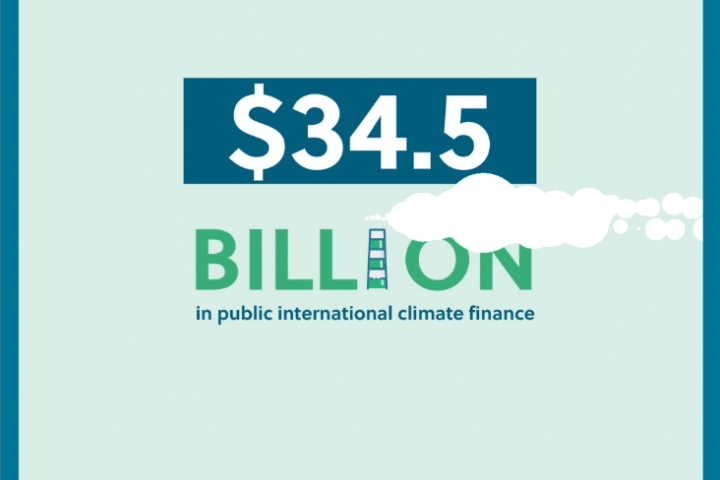 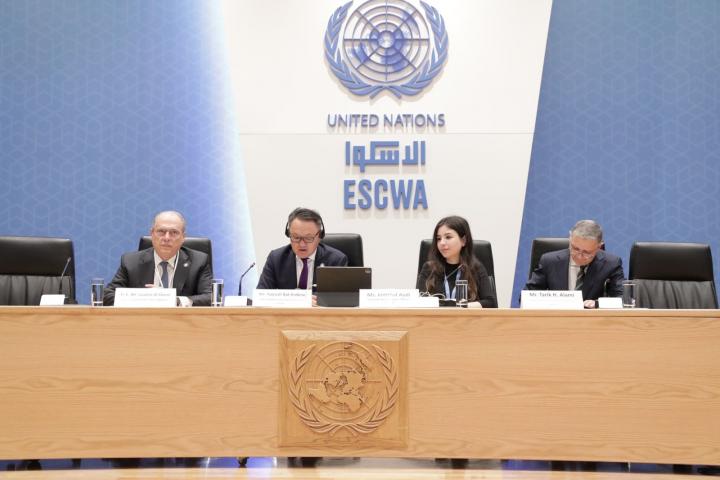