On the eve of the G20 Summit: ESCWA warns of an unprecedented rise in public debt in the Arab region to $1.4 trillion - ESCWA Skip to main content
Press release

On the eve of the G20 Summit: ESCWA warns of an unprecedented rise in public debt in the Arab region to $1.4 trillion

Beirut, 28 October 2021--The past decade has witnessed an unprecedented rise in public debt in the Arab region, which reached a historic high of $1.4 trillion in 2020. Even in high-income Gulf Cooperation Council (GCC) countries, gross public debt jumped by 400% approximately, from about $117 billion in 2008 to some $576 billion in 2020. These figures are the main highlights of a policy brief released today by the United Nations Economic and Social Commission for Western Asia (ESCWA), entitled: “Liquidity Shortage and Debt: Obstacles to Recovery in the Arab Region”.

The brief provides an overview of the growing public debt accumulated by Arab States, in particular in the aftermath of the COVID-19 pandemic. It also analyses shifts in external public debt and details the structural drivers behind its accumulation over the past years. It concludes with a set of recommendations and policy measures for enhancing the capacity of countries to sustain their debt burdens and mitigate their impact on liquidity, and invest in public services, such as health and education services.

According to the brief, middle-income countries (MICs) hold close to half of the region’s sovereign debt, recording a jump from nearly $250 billion in 2008 to $658 billion in 2020. Against this backdrop, Niranjan Sarangi, lead author of the brief, explains that the pandemic has exacerbated countries’ need for liquidity, pushing ones like Egypt, Jordan and Tunisia (taken together) to borrow over $10 billion in 2020 under the International Monetary Fund’s (IMF) short- and medium-term lending mechanisms, in order to meet their import needs. In conflict-affected countries such as Iraq, Libya and Yemen, public debt has increased to about $190 billion by 2020, i.e. to approximately 90% of their aggregate gross domestic product (GDP).

Furthermore, fiscal and monetary policies have fallen short of creating debt sustainability across the region. The primary balances of the GCC countries, on average, turned negative after the drop-in oil revenues since 2014, and the deficits widened in 2020 due to COVID-19, reaching 11% of GDP. Primary balances in the MICs and least developed countries (LDCs) remained negative over the past decade, reaching -3% and -11% of GDP, respectively, in 2020. Negative primary balance led in turn to increased debt finance and rollover of debt outstanding.

The ESCWA brief thus calls upon  creditors to extend the period of moratoriums on debt service payments under the G20 Debt Service Suspension Initiative (DSSI) till the end of 2022, considering the prolonged impact of COVID-19, and to broaden the scope of the Initiative to include all highly indebted developing countries.

The brief also calls on Governments to enhance fiscal-monetary policy coordination to recover better from COVID-19, and to operationalize innovative debt relief instruments, such as the ESCWA Climate Debt Swap Initiative to increase climate financing and accelerate the implementation of Global Goals.

The brief uses data provided by the Global Stimulus Tracker, which was launched by ESCWA in July 2021 to showcase the support that Governments worldwide have extended to mitigate losses of income and jobs due to COVID-19. It underlines that, according to Tracker estimates, the region still requires an additional $460 billion to be on par with other world regions for achieving a resilient and fast recovery from the pandemic. 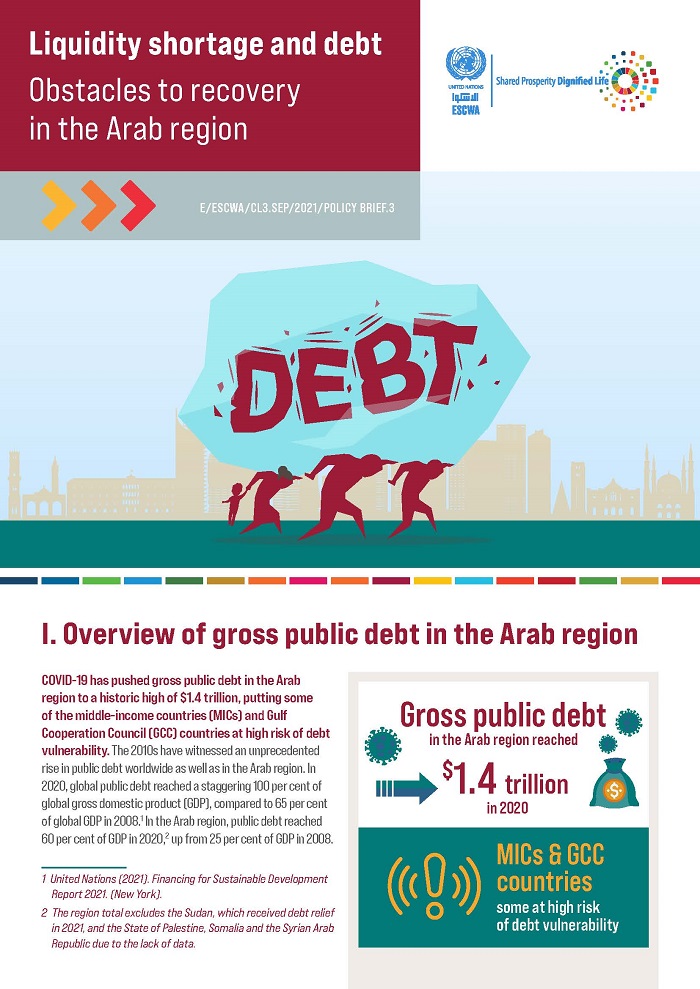 Liquidity shortage and debt: Obstacles to recovery in the Arab region 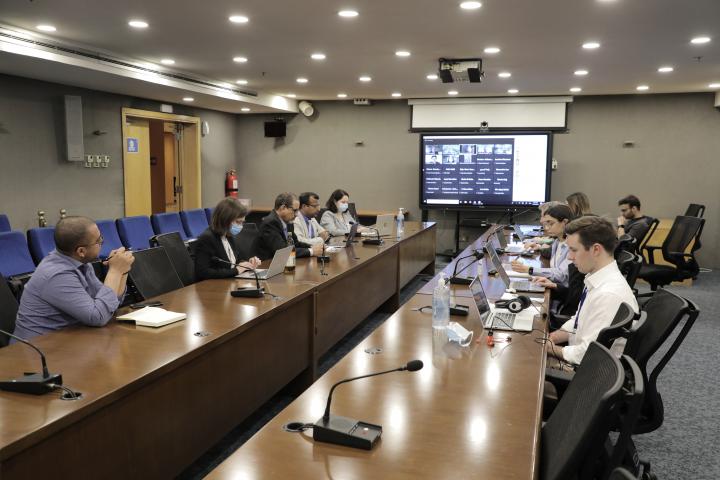 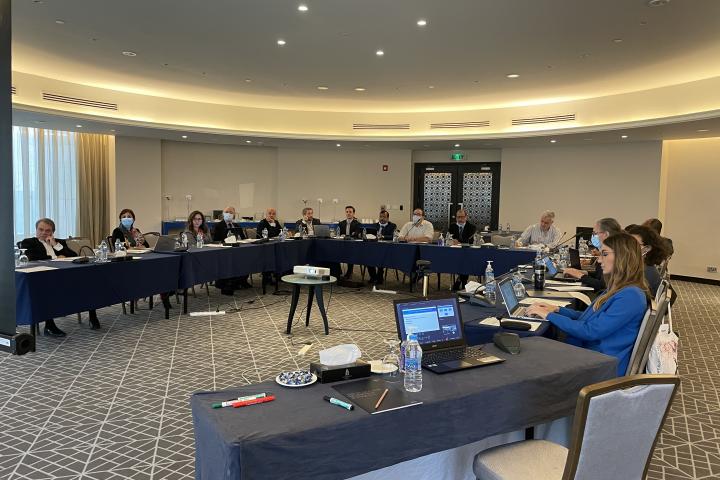 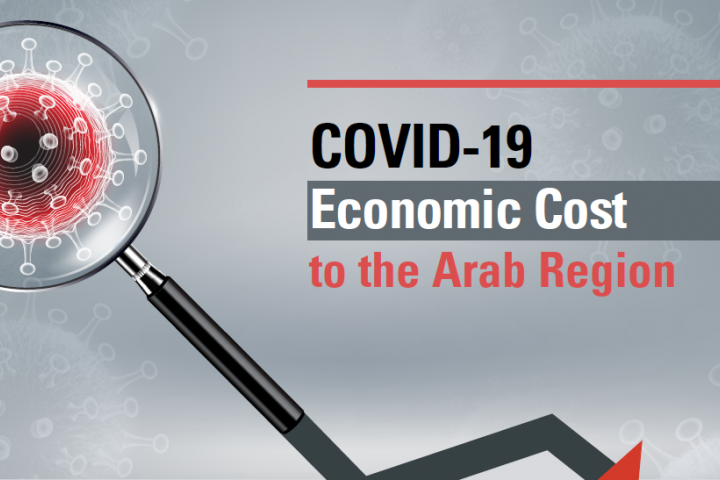 At least 1.7 million jobs will be lost in the Arab region due to the coronavirus pandemic