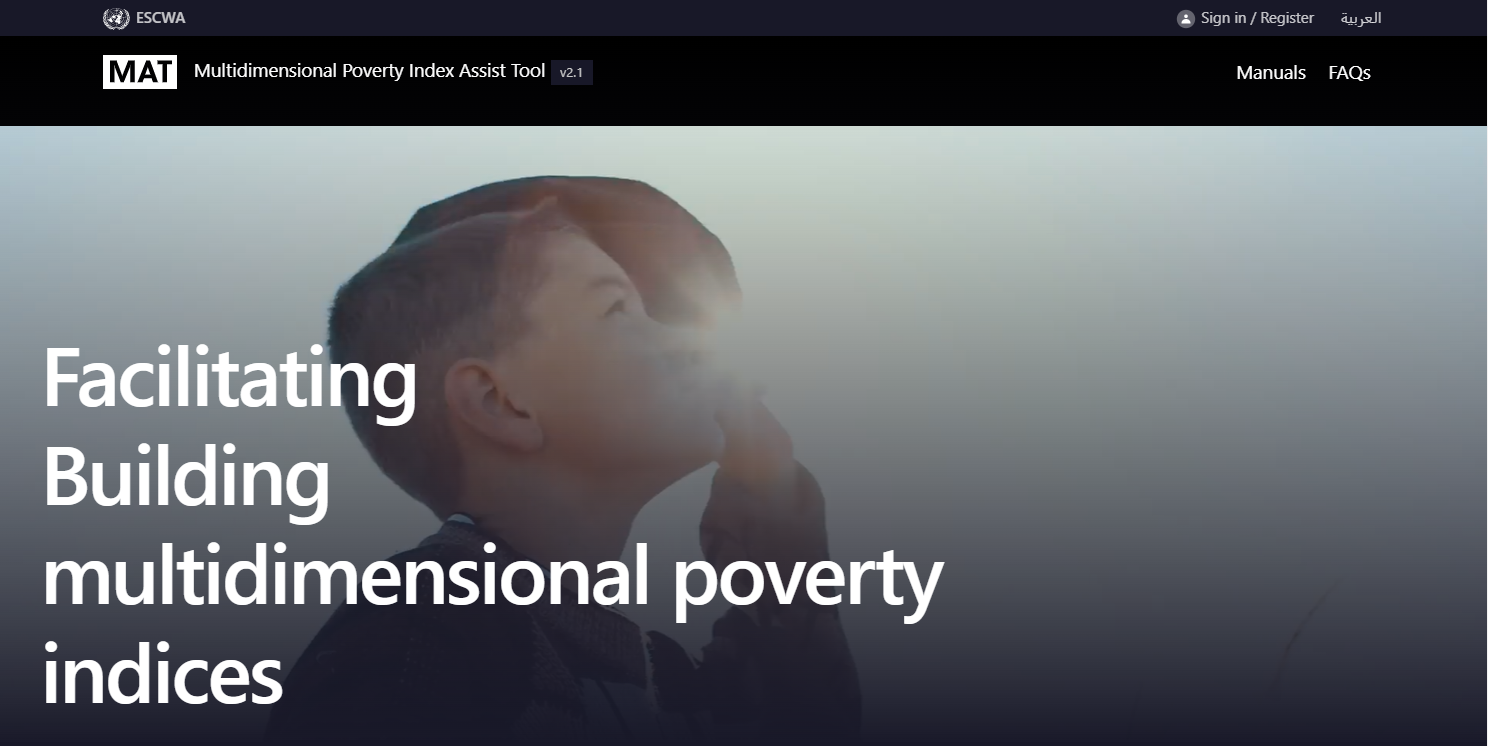 ESCWA, in collaboration with the Oxford Poverty and Human Development Initiative, is providing technical support to the Government of Somalia in the development of a national multidimensional poverty index (MPI) sensitive to the Somali context.

In support of Somali efforts to end poverty in all its forms and achieve the first goal of the 2030 Agenda for Sustainable Development, ESCWA and the Ministry of Labour and Social Affairs are co-organizing a capacity building workshop on multidimensional poverty and the national MPI framework.
The workshop aims to:

The 4-day workshop took place in a hybrid format. A total of 23 Somali participants attended the workshop (13 virtually and 10 physically) from 8 national entities in addition to relevant experts (cultural experts, experts in rural development, and academics).

The first day saw presentations on the poverty & development challenges, MPI methodology, ESCWA tool to assist policymakers in MDP measurements, the MPI use for policy as well as potential links to social protection and normative decisions to be considered when building a national MPI.

The following two days included lively discussions on what the Somali national MPI should include. The unique context of Somalia regarding its nomadic population was debated often. Hands-on training on the MPI Assist Tool (mpi.unescw.org) helped participants debate their conceptual frameworks and the choice of indicators. The use of MAT included the ad-hoc inclusion/exclusion of indicators and the computation of results. Three propositions were formulated at the end of the third day, in addition to the SNBS proposal for a national MPI. Discussions on the choice of dimensions, indicators, weights, poverty cut-off point, and the preliminary results were hybrid. The group work was facilitated on-site and in online breakout rooms.

The last day saw presentations by participants using the MAT, and the consolidation of the MPI indicators. The consensus was reached as the Somalia national MPI was jointly built on the MAT, with participants in principle agreeing on indicators and weights of the MPI.

The Somali TV captured the closing statements and interviewed participants.

On the last day, indicators of the national MPI were finalized and agreed upon. It was agreed to have one national MPI for rural, urban, and nomadic populations, which can be disaggregated by regions and relevant subgroups.

Additional options with alternative weights were agreed upon in general, in order to better account for indicators sensitive to the nomadic population. These need further robustness checks. A multidimensional poverty headcount ratio of around 77-80 percent was regarded as acceptable and close to the monetary poverty line.

Persons with disabilities: independent living within the community